Bipolar Symptoms: How To Notice Them On Time

You probably think you know all about bipolar disorder, yet the majority of us are unable to notice bipolar symptoms when they start occurring to us or our close ones. This mental illness involves extreme mood changes from high to low and vice versa. With high mood being the period of mania, and low ones being the periods of depression, these changes often are mixed and too challenging to be controlled by the person going through these episodes.

A person with bipolar disorder might feel ecstatic and depressed at the same time or these two moods can interchange. As there are more than five million people diagnosed with bipolar disorder only in the USA, it’s crucial to learn more about this mental illness, understand its symptoms so you can provide support to those who need it on time.

Bipolar disorder is a mental illness that causes changes of moods between highs (mania) and lows (depression). The illness usually appears in the late teens or early adult years, yet it’s not uncommon to see it in children as well. When comparing, women are more likely to have bipolar diagnoses than men.

As it is with many mental illnesses, bipolar disorder is often difficult to diagnose, so it’s important to understand the symptoms that are occurring to provide adequate treatment on time.

The bipolar signs and symptoms can vary from one person to another. Not to mention that many symptoms can appear due to other conditions, which only makes it more difficult to diagnose someone with bipolar disorder.

When talking about bipolar symptoms, they are usually divided into two categories – symptoms for mania and symptoms for depression.

Mania can cause other symptoms in a person as well, yet there are several key symptoms of this bipolar disorder phase:

To be diagnosed with bipolar I, a person will need to have manic episodes. For an event to be defined as a manic episode, it needs to:

Those who are diagnosed with bipolar I will usually also have depressive episodes, yet they are required for the diagnosis of bipolar I.

The second most commonly diagnosed type of bipolar disorder is bipolar II. It’s considered even more common than bipolar I. This type involves depressive symptoms, yet its manic signs are less severe, so they are called hypomanic symptoms. Hypomania typically gets worse if the person doesn’t receive treatment which can lead to severe mania or depression.

With both of these types, the support of friends and love ones will be of tremendous value as most of the time, a person with bipolar symptoms is unaware of it. Usually, they are not the ones who seek professional help on their own, so it’s vital to have a good support system.

As bipolar I and II are the most common types of bipolar disorder, we will need to mention the other two types of this mental illness. One of them is cyclothymic disorder which also involves mood changes, yet these changes will be less dramatic in nature. A person who was diagnosed with cyclothymic disorder can function without their medication, yet it’s not easy for them. More importantly, without proper treatment, this diagnosis may develop into bipolar I or II.

Bipolar disorder not otherwise specified involves a person that only has some of the mentioned bipolar symptoms. However, these symptoms are not enough to be diagnosed with one of the three bipolar types.

Being Diagnosed with Bipolar Disorder

If a person doesn’t have severe mania, bipolar symptoms might be difficult to spot. A person with hypomania might feel more energized or more confident than usual. As we all tend to experience these feelings, it’s difficult to diagnose a person with a mental disease. Not to mention that a person will rarely complain about being more confident at work or having more energy and being physically active, for instance.

People will more likely seek help if they feel depressed, and that might take away your doctor’s focus from the manic side of the illness. Yet, once your doctor has given you a diagnosis, they will decide on what’s the best treatment program for you. Some of the most common bipolar disorder treatments include:

If you are suspecting that you or someone close to you might have bipolar disorder, the best advice is to talk to a professional. Only a trained medical professional will be able to diagnose bipolar disorder and prescribe proper treatment. Any of the treatment options a person will be given can tremendously help to get all of the symptoms under control and live a fulfilled, happy life. 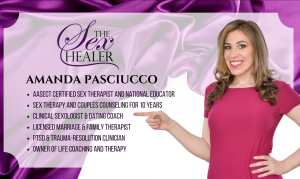