Sexual freedom is a fundamental right that every human has. It is at the heart of our dignity, equality, and civil liberties captured in the U.S. Constitution and the Universal Declaration of Human Rights. Our sexuality is a natural, fundamental, and valuable aspect of life that cannot be prescribed or legislated. As humans, we should always strive to acknowledge, protect, and celebrate our sexual freedom because they are part of human rights.

Unfortunately, many events in the everyday lives of Americans have been affecting our freedom, and one of the recent ones concerns our sexual rights. To win these short-term races, many politicians use sexual freedom as a tool to get more votes and defeat their opponents in their beliefs and values. You might not be interested in politics (neither are we), yet politics is very much interested in you, especially your sexual freedom.

Ignoring the impact politics has on our lives leads to our lives being guided by people who don’t represent what we stand for and believe in. That is why we need to protect our rights by voting for those who will protect them with us. We’ll refrain from commenting on politicians and parties and analyze how those considered leaders shape our future and affect our lives.

What Is Sexual Freedom?

Going through this list, you might feel confused about the terms ‘sexual freedom’ and ‘sexual rights’. Although they are often considered synonyms, there cannot be sexual freedom if there is a violation of even one sexual right. You are not a free being if any of the rights from the list above gets violated, including sexual rights.

And violating a human right doesn’t require an aggressive method, especially in the public arena. As we’re used to associating the word ‘violation’ with aggressive and violent human behaviors, we assume that attempts or acts that are less physically aggressive or visual are not as serious, bad, or concerning as the more obvious ones. And that is where we are all wrong.

Over the past few weeks, we’ve been hearing a lot about Roe v. Wade. On June 24th, 2022, millions of women across the United States lost their right to decide over their bodies once the Supreme Court overturned abortion rights in half of the states. That led to further political discussions where 26 states are considering how to completely ban or severely restrict abortion, with already 13 states with trigger laws.

This event is not impactful just because it affects more than one state in the United States. It has been a number one topic in the media because it is a pure presentation of a violation of human rights. Just because there is no physical act of aggression doesn’t make it less terrifying.

According to the Guttmacher Institute, there were 930,160 abortions in 2020. If all states were to ban or restrict abortion, this would mean that a million women in the U.S. would be denied to decide over their bodies. One million women would be denied their freedom and fundamental human rights. Almost 50 years ago, back in 1973, the Supreme Court legalized the abortion in Roe v. Wade case. Why are we going back to when women were not given adequate medical care and support and were denied their rights?

In this case, unfortunately, history repeats itself. Instead of going into politics and understanding why someone would use abortion as a way to win elections and improve their public image, let’s consider what happens on a more individual level.

Anytime someone is denied their sexual freedom or any other type of freedom, they are not able to eliminate a part of themselves to fit in better. For instance, a pregnant woman who doesn’t want to proceed with her pregnancy cannot just become un-pregnant because abortion is illegal in her country. A man who is in love with another man and wants to contract a same-sex marriage with them will not suddenly stop being gay just because they live in a community that is not open-minded.

That leads to a wide spectrum of people who fall out of the public sphere. The United States must provide each individual with equal human rights and protect these rights by all means possible. However, there is still a lot of room for improvement when it comes to sexual freedom. Such discussions, whether presented in media or converted into laws, result in people feeling unheard, invisible, rejected, weird, unnatural, miserable, and so on.

How to Fight For Our Fundamental Rights

Understanding the gravity of things helps us understand better and react more rationally. We cannot change the political leaders, yet we can choose more wisely the next time. You don’t have to be a fan of politics. You don’t even have to know everything about the politician or political party. What you should know is how well would these people represent your beliefs and value if they were elected. Would they care enough to protect someone like you? Or do they see people as a set of numbers used in a popularity contest?

Voting helps you protect all your fundamental rights, from your sexual freedom to the freedom to work and education. Would you be okay with 13 states prohibiting girls from going to school under the pretension of nurturing traditional values? Would you be okay with 13 states allowing child slavery under the pretension of teaching children practical skills? If that provoked a strong ‘hell no’, why should it be any different with sexual freedom? After all, each of our fundamental rights is protected by the U.S. Constitution for a reason.

Stop considering voting a political activity and think of it as voting for a safer and more inclusive future that improves how we treat each other and teaches us how to set a better example for generations to come.

Check Out All Our Additional Sex Therapy Video 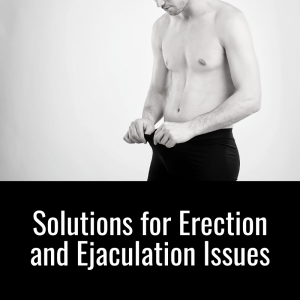 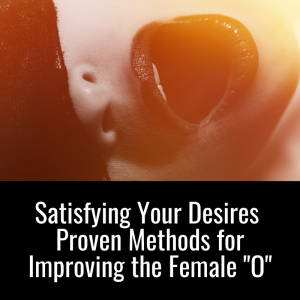 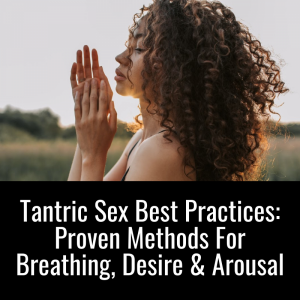 About Life Coaching and Therapy

Life Coaching and Therapy (LCAT) is a therapy and coaching practice that transforms our clients lives through our flexible. Multi-technique approach and pleasure-skills training provided by systematically-trained and licensed therapists! 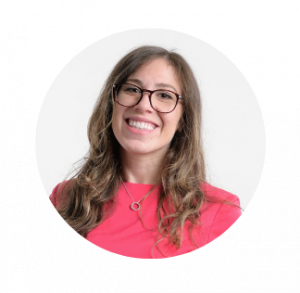 Get to know our founder and owner, Amanda Pasciucco, (a.k.a. The Sex Healer) a Licensed Marriage and Family Therapist (LMFT). And an AASECT Certified Sex Therapist (CST) that has developed innovative therapy programs and therapy videos that get results.

Our team of compassionate, licensed therapists and certified sex therapists help all clients who visit us for a variety of personal, relationship, intimacy and sex problems.

What Is Male Edging?